Looking back on another year as a Life Coach

As 2012 comes to a close, I find myself browsing through my coaching notes of the many people I have been privileged to meet over the course of 2012. 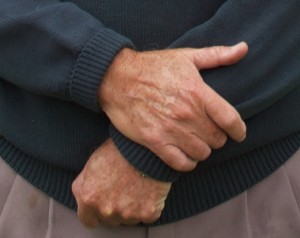 Some of the life experiences that have been shared with me over the last 12 months read like scripts from a sitcom. But they aren’t. These are the lives of real people whom I’ve been privileged to get to know.

When you hear some of the life stories that I hear, you may realise just how wonderfully lucky your life has been.

In 2012 I worked a man in who, as a small boy, often had to drag his drunken father from the street and bath him. At the age of 13, he was forced by circumstance to leave school and assume the role of breadwinner for the family. His mother took to alcohol and by the time he was 16, he had lost her too. Through all this he became strong and carved a niche for himself in the world and stands today proud grandfather of four, each with their own set of challenges born of his upbringing.

Another man grew up with a father who was permanently drunk with bursts of violence. His mother had no teeth because his father had beaten her so often. Even today, all these years later, he still struggles to hold back his fury. (We’re working on it.)

In 2012, I again heard dreadful accounts of a 15 year old suicide, of childhood rape, of guilt, love, loss, fear, shame and deceit.

Yet, as I look back over the last 12 months, I have also witnessed a power of will that is extraordinary. I’ve seen many life changing moments, relationships mended, careers made, love found and businesses turned around against the odds… (And I’d like to think I played a small part in their success!)

Life coaching is a wonderful thing and people never cease to fascinate and amaze me with their thoughts, ideas and challenges. In hindsight, some issues appear monumental and others not so tough, but all equally challenging in the moment.

It has been a great privilege that so many have taken me into their confidence and trusted me with their truth, and I look forward to the new challenges and experiences that life shares my way in 2013.

Many thanks and best wishes to all for the new year.