The passing of Tommy Cuff and other old friends

A few days ago I was reminiscing about some of the old friends I had had in my youth. By old friends, I mean people who were in their 60s and 70s when I was a teenager. It occurred to me that this would make them all either centenarians or dead. I surmised the latter.

This morning I discovered that one of my school headmasters had passed away in April this year. He hadn’t been one of the mentors I’d recalled, but he should have been. 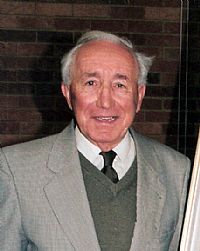 Tommy Cuff was a gentleman who loved his rugby, well respected and credited as having played a critical role in saving the school from permanent closure in 1973.

I recall many discussions with Tommy Cuff, in particular my first meeting with him when I applied to attend Blue Mountains Grammar School in 1975.

My mother and I met him in his office in Pitt House. The main purpose of meeting him was to see if we could negotiate some way for me to do both geography and art, two subjects that clashed. Normally this would mean that I had to do one or the other, but there was no way to do both.

None the less, ever a man led by logic rather than rules, Tommy Cuff approved my suggestion to have my mother teach me geography whilst I attended art classes. After all, my mother was an experienced geography teacher.

This was the first of the many decisions I was fortunate to witness Tommy make in which he judged common sense ahead of the rules and regulations.

Thank you Tommy Cuff, for your grace, your good sportsmanship, strength of character and your friendship.