Despite being a personal coach, life doesn’t always go according to plan – and for me, today looks like one of those days.

When I started writing this post this morning, it was immediately after being caught in an infinite help desk loop. But as the morning progressed, I soon discovered that Murphy’s Law was operating in my life today – for the entire day has continued along a theme of mishap after mishap. 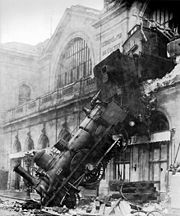 It all started just before Easter with an automatic email from Primus Telecom, our internet service provider, to tell me that we had nearly reached our monthly download limit. This isn’t the first time this has happened – but this time we were only two weeks into our monthly usage cycle and I had a lot of stuff to do on the web this week.

A quick look at the download statistics showed us that kids were spending hours watching YouTube – (this led to a family meeting!).

Janine and I decided that we would change to the next highest plan so that this didn’t happen again.

When I called our ISP last Thursday, I discovered we were only on ADSL 1 not ADSL 2+ which I had thought we were paying for, nevertheless, over the phone I believed I had now rectified this and the kind sales rep assured me that the new setup would start on midnight that day.

Over the Easter break, we decided to clean out a spare room and set it up as a kids study. We repainted the room and set up three desks and a bookcase with all the kids games, DVDs etc. And I dug out three old computers for the kids and reformatted them – one Linux, one Mac and one Windows XP.

In setting these up I happily downloaded all the updates from the web (knowing we had this extra bandwidth and download limit, thinking our internet connection plan had been changed. Then on Easter Monday (public holiday), our web went to a crawl – we were on ‘go slow’. No problem I thought, I’ll just ring them tomorrow and sort it out.

No problem – I started again – through the whole process, only to get to the same point, hear the music for a few minutes and then get a dead line. I did this three times then I noticed there was a chat button on their web site that let you chat to a technician – so I gave that a go.

After a wait of around 8 to 10 minutes a guy responded and after I answered all the verification questions we then had a long chat session in which I wrote out my whole story. He told me that then had been having a problem with their ‘on hold’ music but he would look into it. – Then he told me we were on a go slow because we had reached our monthly limit – (no kidding Sherlock!)

Eventually he helpfully said he would ring me and then make the connection from me to the appropriate department who would be able to help me. Thanks I said (don’t get too excited Chris – we aren’t there yet!).

After around 15 minutes of listening to music on my phone a lady answered. After I answered all the identification verification questions, I told her the whole story. She brought up my details and finally found the problem – ‘The problem is that you have reached your monthly limit” – (really!!!!)

I told her that I had been assured that the new changed plan was effective last Thursday and she said that there was no note to that effect on my record – the conversation goes on, but eventually I get nowhere. The new set up starts when my old monthly plan finishes and they can’t change that – I was given the wrong information.

That entire series of interactions with Primus Telecom cost me one hour fifteen minutes of my day, and now I was late for my first meeting.

I rushed to get ready for my meeting and tore out the door, arriving just in time. I then waited – and waited. Finally managed to get the guy and he had a family emergency but had not remembered to let anyone know. So I went drove back.

Don’t these only happen in threes I hear you thinking! Well apparently not.

One of the old computers that I’d been working on over the weekend was still on my desk so I went to move it, not realising that the keyboard cord was threaded through the phone cord – this pulled the phone off the desk and in my cumbersome attempt to catch the phone, I somehow let the computer drop enough to break CD tray which for some unknown reason started to slip out (something it never does unless the computer is on and someone pushes the button!)

So where has this got me?

I’m on dial up speed this week and have a computer with a CD tray that needs fixing. We have kids at home for the school holidays and we work from a home office.

“If everything is under control, you aren’t going fast enough”

Unfortunately, small Murphy incidents continued throughout the day. So in the evening we decided we would wind down by going to the movies and seeing Slum Dog Millionaire. We headed out after dinner to catch the late session.

As we drove to the cinema, we saw a very cute possum run across the road in front of us. I braked and just as Janine was saying, ‘look at the cute… ‘ it turned and ran straight under our front wheel.

Let’s hope we have no more days like this for some time.