Have You Got What it Takes? 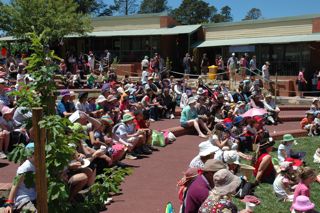 Watching a performance on stage

Yesterday we had the Spring Fair at our local school. It’s the school’s biggest fundraiser of the year.

Each year, the task of planning and managing the Spring Fair falls to the parents of Class 4; which this year included us.

Janine was on the Spring Fair committee and I was roped in to do build a website and take photos on the day.

The event was a success, with fabulous weather, plenty of top quality food, entertainment and activities. Understandably the fair raised a lot of money; but by 4pm, I was starting to get very disappointed.

The Fair was an great success, but I was disappointed

Whether at work or at home, one of the qualities we admire in people is the ability to stick things through to the end. I’m not referring to reliability, that is a different thing. A person can be reliable, in that they’ll turn up on time. I’m talking about the stayers’? that small band of people whom you know will stick with you until the job is done.

My father was a stayer. He was also a long distance athlete in his youth, and a tireless worker as an adult. You could always rely on him to be the first to arrive and the last to leave whenever there was a job to do. 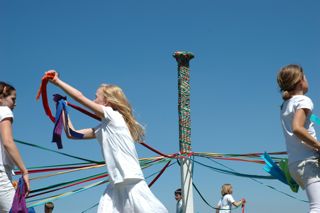 My favourite photo of the day, the Maypole

One of the things he observed was that it was almost always people who did endurance sports as children, who would be the most steadfast workers.

And whenever he had, what he referred to as ‘sprinters’ on a committee, they would be the first to give up when the job got hard.

The Spring Fair was open from 11am until 3pm.

Now I don’t know whether the parents helping to run the Spring Fair were sprinters or marathoners, but what I do know is that there were dozens of enthusiastic helpers at 9am, but by 4pm the group of helpers had dwindled to a very small band.

With so much to do, the far smaller numbers of people meant that it took a lot longer to pack everything away than it did to set it all up.

We finished at 8:30pm and only parents from six families were represented as we stood around and declared the job finished.

We could have had the whole job wrapped up by around 5pm had all the helpers who were there in the morning also been there at the end.