Mike Leyland was an Inspiration

Having worked with Mike Leyland on a number of video productions between 1993 and 1997, I was very saddened to hear of his passing this afternoon. 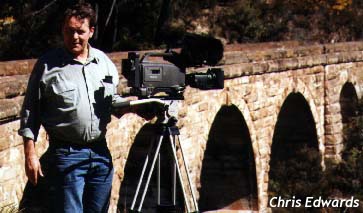 Mike was one of those people who had a naturally laid-back style, a ‘common sense’ approach and an inspirational ‘can do’ attitude.

It all started in 1963 when Mike and his brother Mal, aged 21 and 18, succeeded in sailing the length of the Darling River, a feat never done before. The brothers wrote a book and made a film about the journey.

The film was so popular that Channel 9 repeated the program within 2 weeks. It was bought by the BBC and distributed in 76 countries.

Mike and Mal travelled around Australia hiring halls in small country towns and charging locals to see their film.

Their next adventure was to cross Australia from West to East. Relying on sun shots and compass bearings, it was the first successful crossing of the 450 km trackless Simpson Desert.

I remember Mike telling me that this was followed by an adventure that nearly killed them. In an effort to find another suitable challenge, they set off in an open boat (with no open water experience) and sailed 5000 km from Darwin to Sydney, at the time the longest open boat voyage in the world. With each adventure, a film and book followed, each one as successful as the last.

After the drama of the open boat adventure, they decided on the slightly less risky idea of making television documentary series’, the most successful of which was ‘Ask the Leyland Brothers‘.

The book “The Documentary Film in Australia” (1982) describes ‘Ask the Leyland Brothers’ as “the most successful Australian television documentary series ever” which at it’s peak was watched by over 2.5 million Australian viewers.

The brothers became famous for their documentaries on Australia, but they also did a bit of filming aboard. I don’t recall the details but I remember Mike telling me that the trip that he really thought there was a chance they wouldn’t return from was on a river in South America.

He said that the reason he was so scared wasn’t just because of the rapids and other dangers in this foreign environment, it was because they weren’t in control of the expedition.

Introducing Australia to the World


In my production notes from 1997, Mike had told me that the Leyland Brothers had produced 270 television programmes, 17 special educational programmes, and 13 books before they decided to follow different paths in the late ’80s.

In 1980, Mike and Mal Leyland were awarded the MBE in the new years honours list; the only time brothers had simultaneously received such an award. 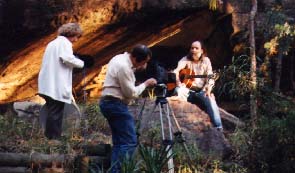 The last project I worked on with Mike was to be a documentary on the railway across the Blue Mountains that we shot in August and September 1997.

Unfortunately and we had shot 90% of it before deciding to pull the pin on the project because TV stations decided to only purchase programs in wide screen format. The project was never edited.

A Passion for Life

As I write this, I recall many stories and many laughs on long car trips.

Mike loved meeting interesting people, he loved to travel and he loved the genuine, raw character found in nature. He made his passion his life and although he had many setbacks, he approached life with a ‘big picture’ attitude.

Go, make your passion your life.

A life well lived and a great legacy for us all.

ABC TV transcript of an interview with Mike Leyland