The Invisible Man (or Woman) Theory

Last Friday, as I was driving around the Parliamentary Triangle in Canberra, I saw a well-to-do gentleman driving a late model Mercedes Benz coupe waiting at the lights.

It was a dazzling shiny Benz, which attracted the gaze of a number of others. The driver was immaculately dressed with his finger firmly up his nose. He sat at the lights digging away first in one nostril, then in the next, stopping only occasionally to look at his finger. 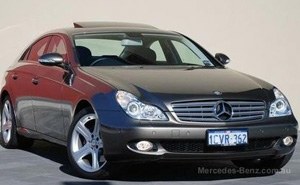 Remember that it is possible to see through the windows of most cars, even those in a Mercedes Benz!

As I continued on my journey I pondered on how it came to be that well-to-do businessman, who presumably got through university, could somehow have missed noticing that the windows of his Benz were transparent in both directions’? for, I doubt that this same fellow would have been mining his nose in quite the same fashion had he been walking down the street!

As I continued on my journey I pondered on this, and I came to the realisation that it is only people in the drivers seat that I have ever seen engaging in this sort of mobile toilet.

I remembered having a discussion with a friend some years ago after a day in which I had been waiting at a pedestrian crossing in Sydney, and as I looked at the drivers sitting in their cars at the intersection, I noticed a woman ‘putting her face on’, another squeezing a pimple in the rear vision mirror, a guy with his finger up his nose and another who extracted his finger from his ear and then taking a good sniff of his earwax.

What struck me at the time was that all these cars were parked next to each other, and everyone else at the crossing was also watching them like some bizarre reverse drive-in.

I began to wonder what was it that makes people feel quiet comfortable going about their toilet as though they were totally invisible to all onlookers when they are behind the wheel of their automobile?

I surmise that when a person gets behind the wheel of their own car, they are totally in control of their physical environment. They control the sound, the temperature and the direction of their progress. This is the point in which nothing is out of their control. No one is their master, no one is watching them, and no one will chastise them. Like children in their room with the door closed!

So my theory (the theory which is mine [MP]) is that because we feel so much in control of our physical environment in this situation, subconsciously we lose touch with the reality of the world around us and we unknowingly feel that we are alone and above all scrutiny. Therefore we become oblivious to the fact that we are in fact just sitting in a tin can with see-through glass on all four sides and under the scrutiny of all those not in the tin can with us.

Finally; I would heartily like to thank the local radio stations for the part they played in the development of this theory. I wouldn’t have been able to come up with this theory had the radio stations been airing anything interesting on my car radio at the time!

(Oh yes’? and dinosaurs are big)

Have a great week 🙂