How to have 2 weekends in one week

When I was in my early 20s, I lived in Crows Nest; walking distance to North Sydney.
I went to a local gym one Wednesday afternoon and whilst doing my workout with my training partner at the time, we discussed the idea of a mid-week bushwalk.

By the end of the workout we had two others interested and the four of us decided to each go home, pack and meet back at the gym at 7pm for an evening camping trip in the Blue Mountains.

The whole thing was a rush. Not just because of the time limit we were working to, but also because of the excitement created by the spontaneity of the adventure. 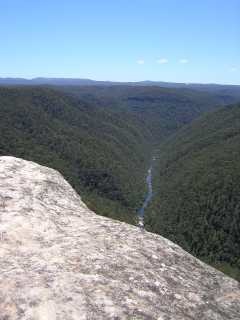 Yep, we hiked down to the river in the dark

We ended up at a place called Faluconbridge Point at about 9pm. After parking the car at the end of the fire trail, we walked down into the Grose Valley and set up camp under an overhanging rock near the rivers edge.

Then it got interesting

We awoke with a start when one of our party had his hair nibbled on by a rat. It was then that we became aware of the fresh smell of rain. Suddenly it began to bucket down. The bush was illuminated by flashes of lightning as thunder echoed around the valley.

At about 3:30 or 4am we decided that the best thing to do was to start our climb back up the hill to the car, which we had left at the end of the fire trail.

We reached the top of the escarpment just as dawn broke. The sun came out and gave us one of those glorious sparkling fresh, clean mornings. We stood there, soaked to the bone and really looking forward to getting in the warm car.

That is when we discovered that the car key was missing.

An hour later, after we had broken into and hotwired our car, we headed for junk food before setting off in Sydney’s morning traffic.

None of us were prepared for what happened next:

I got back to Sydney in time for a quick shower and a swift walk to work, arriving almost on the dot of 9am.

An impromptu night in the bush complete with mud, a poor night’s sleep in a cave, rats, hiking, cold, lost keys etc – and yet, I felt totally invigorated. It was a Thursday morning yet I felt as refreshed as though I’d had a full weekend break. When the real weekend came along two days later, it was an unexpected bonus.

Talking to the guys at the gym, they’d all felt the same. We had discovered how to cram an extra weekend into a week. Our productivity was higher and our work was better, we were alert and ready for action on the Thursday morning.

We decided we’d have to do something like that again ‘? but we never did.

The lesson we learned, by youthful misadventure, is that a dramatic mid-week change really is as good as a holiday.