Back In My Day… A Different Perspective 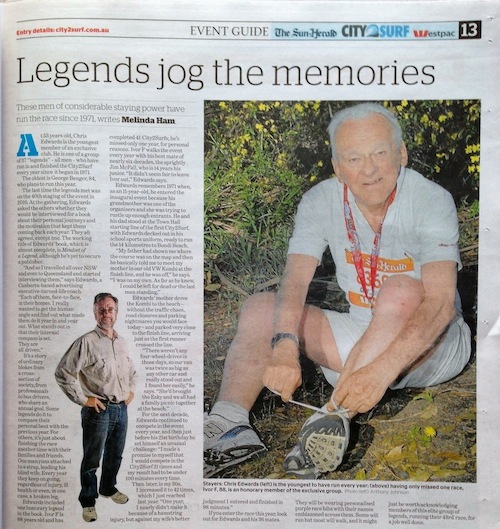 It has been a busy few weeks for me, peppered with media interviews about the City2Surf and my upcoming book, Begin With The End In Mind: The Untold Story Of The City2Surf.

I’ve been interviewed by The Canberra Times and The Sun Herald and chatted with Dicko and Sarah on 2UE Breakfast and Andrew Kuuse on the RSN AllSports program. 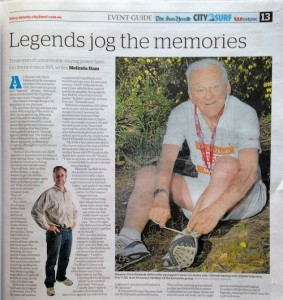 Reflecting after the fourth interview, I found it interesting in that each of the interviewers had approached the discussion from a personal point of view that was obviously based on their own life experience, and this gave the topic four very different perspectives.

As a personal coach, I’m always fascinated by the way our beliefs and experiences work to package our understanding of any topic or situation.

One thing I hadn’t thought about before the interviews was that all of the interviewers would be younger than me, (although Dicko, only by a year). Three weren’t born when I ran in the first City2Surf in 1971 and this created an interesting disconnect from the subject.

When you think about it for a minute, it make perfect sense. For someone in their 20s or 30s, interviewing me about something that happened in the 1970s is exactly the same as me interviewing someone about an experience they had during WW11. 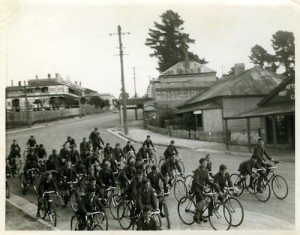 Children in the Blue Mountains during WW11

One of the interviewers asked me if there were any women among the Legends and when I replied in the negative, he thought that was incredible. I continued by telling him that only 4% of the entrants for the first four years were women he couldn’t understand why. He literally couldn’t comprehend it, even after I’d explained that hardly anyone ran back in the early 70s and certainly very few women did any ‘long distance’ running (as it was referred to).

I described the period, saying that it was rare to see anyone jogging down the street at lunchtime in Sydney and if you did see a jogger, people would look around wondering what the jogger was running from. Yet, I could tell that even this picture, and all the attitudes of the time that surround it, seemed incredulous to.

Even people of my generation or older, who lived through the 1960s and 1970s find it hard to remember what it was like until you start discussing your memories of the time.

I think some of the younger readers of my book will get a fascinating insight into the way people lived in Sydney ‘back in my day,’ before seat-belts and bike helmets, when people played LPs and few people had television sets.