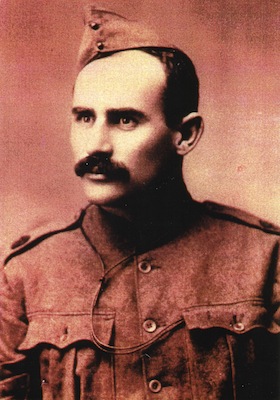 Anzac Day, April 25th, marks the anniversary of the first major military action fought by Australian and New Zealand forces during the First World War, and today is an occasion of national remembrance, but let’s not forget those Australians and New Zealanders who lost their lives in the war before WW1.

Every Australian knows about Gallipoli, and it is particularly significant for our family because my great grandfather, Harry Percival Edwards, landed at Gallipoli on 26th May 1915. Unfortunately, he was shot in the head 10 days later and on 5th June he is recorded as still having a Turkish bullet lodged in his skull just above the right temple. Nonetheless, he survived the war and was discharged on March 21st 1916. Great Grandfather Edwards was an ANZAC, but let’s not forget that Gallipoli wasn’t our first major action.

Although they weren’t called ANZACs , 606 Australians* and 230 New Zealanders** lost their lives in the second Boer War in 1900-02. The Boer War was the first overseas conflict to involve Australian and New Zealand troops and according to the Boer War Memorial website:

The Boer War was the first full commitment of troops by all the Australian Colonies to a foreign war and with the formation of the Australian Commonwealth on 1st January 1901 it became our country’s first military involvement as a nation.

My father’s other grandfather, Walter Edward Frederick James Humphries, was born in Eldorado, Victoria (in the Ballarat goldfields) on May 1st, 1869. He was known as Fredrick James and was reputedly a ‘crack’ shot and a good horseman.

He had been secretary of the National Rifle Association of NSW in 1897 and was recruited at the rank of Sergeant in the 1st New South Wales Mounted Rifles (service number 170). 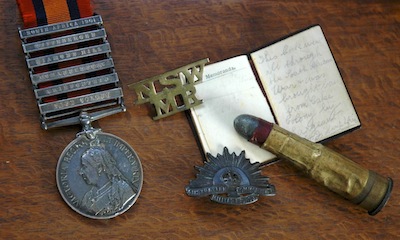 Frank’s Queen’s Medal with a mini diary he carried throughout South Africa Campaign and a .303 bullet made in the field. Inscription on the medal reads ‘170 SERJT: F HUMPHERIES N.S.WALES M.R.’

He married Pauline Elizabeth Maria Alcock Robins on June 6, 1902 in the Sydney suburb of Paddington. 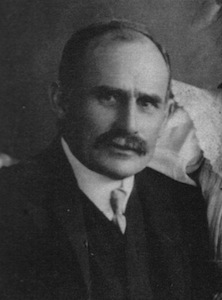 Frank after the war

During the great depression, we know he worked on Sydney wharves where he collected timber from packing cases and made the family’s furniture from it.

When my father was born, great grandpa Frank made a cot for him that has served the family for generations. My sister and I used it and so did each of my nieces. And I still have a set of 6 dining chairs that he made from packing cases.

My father was his only grandchild and always referred to him as ‘Smoke’ because he was rarely without his pipe.

He died on April 2, 1938 at his home at 10 Watkin Street, Bondi and was cremated at Rookwood Crematorium.